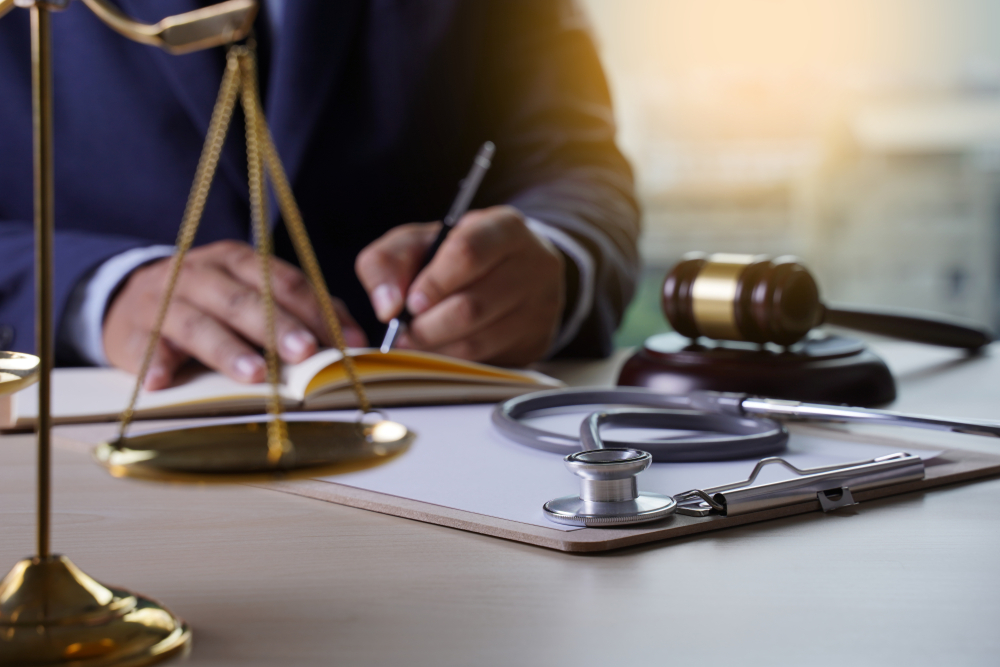 Another example of this kind of statute is that a doctor is expected to care for their patient at a level which is typical of their specialization as well as profession. More generally, people can also take on duties by accepting responsibilities.

Breach: A legal duty can be shown to have been breached if the defendant demonstrably acted unreasonably, or failed to act in a situation where they should have. This ties directly to the duty that they were understood to carry.

Causation: Sometimes, it may not be enough to prove the breach of a legal duty in court, especially if said breach is not exactly what the court sees as “actual and [legal or] proximate cause” of the damage or personal injury which the claimant sustained. The failure to act, or the wrong kind of action, needs to have impacted the outcome substantially, which is to say it should have been a “big reason for what went down”. The jury would allocate percentages of fault based on evidence, and the defendant would only be liable to compensate proportionally for their own share.

Damages: Any person can act in a way however unreasonable or outrageous, and still be acquitted by a court of law when it comes to a case revolving around damages or loss. For things to take the other path, it needs to be shown that their actions did indeed have a damaging effect on the plaintiff. This could include emotional harm, damage to property or loss of its use, lost earning potential or income, new medical expenses, future care costs, inability to provide for themselves, etc. Each of these would be subject to calculation, which means none of it can remain speculative.

The major aspect here is that someone can only bring a negligence claim against someone else whose action or inaction caused the former one or more of the above damages, or from a list of others as stated by law. Such cases are usually seen to arise from accidents involving motorcycles, trucks, and other automobiles; building maintenance problems; as well as medical practice and related areas. Proper representation in court is essential, in that you would, for instance, need the expertise of a car accident lawyer in the event of a car crash, following which you can set out to seek your just legal entitlements.